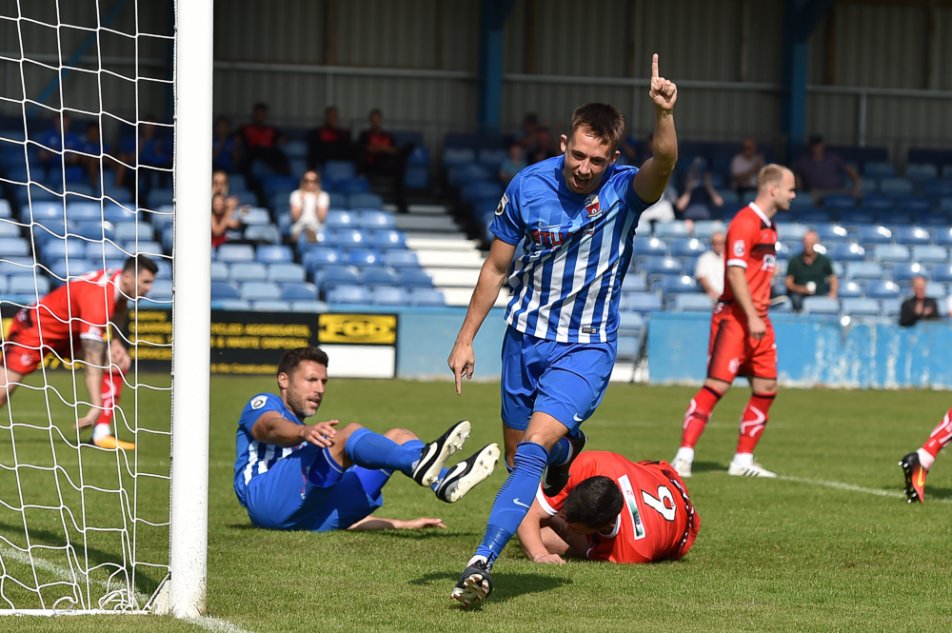 Boro forced to settle for a share of the spoils…

BORO had to settle for a share of the spoils in an entertaining 2-2 draw against Alfreton Town. Boro came out of the blocks in explosive fashion with Brady Hickey, Ashley Chambers and Luther Wildin combining well on the right to force an early corner that came to nothing. Moments later some more good pressing saw Jordan Nicholson get in a strike that was pushed away by the ‘keeper and from the resulting corner, Nicholson was able to find the net to give us an early lead. Another purposeful raid ended with Chambers getting in a low strike that was saved at the second attempt by Chris Elliott in the visitors’ goal. In their first attack, Alfreton were able to carve the Boro defence open on 11 minutes as Chris Sharp was able to stride through and level matters. With the visitors getting into their stride, Tom Allan dragged and effort wide before Bradley Wood’s strike from distance was on target but well saved by Dean Lyness. In between Jordan Nicholson tried his luck for Boro, but he was well off target this time. Alex Henshall was forced out of the action early on after picking up a knock and he was replaced by Callum Ball. A great effort from distance by Jordan Nicholson on 27 minutes hit the top of the crossbar. As Boro started to get back on top again, Hickey had a good chance but he failed to get any power on his effort as he closed in on goal. With half-time approaching, a cheeky little flick from Chambers played in Nicholson who went close then it was Chambers’ turn to get in a strike from a good position that was beaten away by the ‘keeper. The resulting corner was half-cleared as far as Ryan Beswick whose ball back into the danger zone evaded everyone as it landed inches wide of the target before a header from Hickey right on half-time landed on the roof of the net. The opening period ended 1-1 but Boro deserved to be ahead on chances created. It was the visitors who created the first chance of the second half when a corner won by Adam Smith was met by a free header from Tom Allan but his effort bounced over. Some sloppy defensive play from Brad Gascoigne allowed Craig Westcarr to break through and he was pulled down by Lyness for a penalty. The ‘keeper was duly booked and Westcarr stepped up to convert from the spot to make it 2-1 on 51 minutes. The equaliser came 11 minutes later when Beswick’s corner found its way into the net off the head of a visiting defender at the near post under pressure from Hickey and Ball. Boosted by the goal, Boro had a great chance to regain the lead moments later when Nicholson’s teasing ball was put over from close range by Hickey. A nice touch from Tom Elliott set up Nicholson for another shooting chance but the ‘keeper got down well to make the save as Boro continued to press. More positive play from Chambers saw him break into the area before getting in a strike that was bravely blocked by David Shiels. Whilst it was Boro who were looking the most likely side, Lyness had to stay alert to deny Cieron Keane as the clock ticked down. In the closing stages, the visitors were indebted to their ‘keeper for saving superbly as Chambers broke through and looked certain to score. Right at the death, Brody Robertson had an opening for the visitors but Jon Ashton managed to get in with a timely block as it ended in a 2-2 draw. 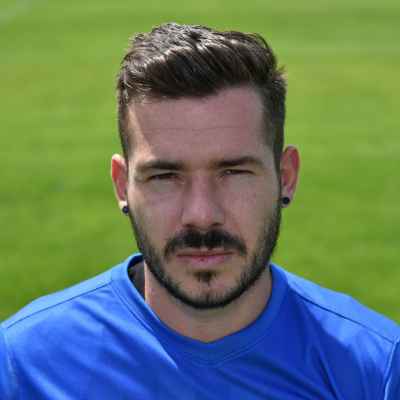