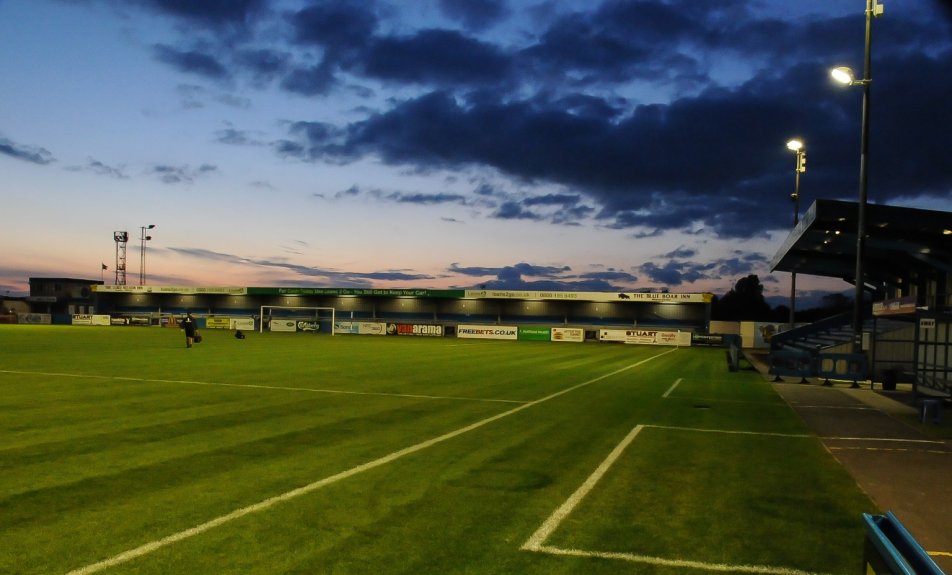 Defeat for Boro on home soil…

BORO slipped to a 2-0 home defeat at the hands of AFC Telford United. It was an open start to the game with both sides looking to get the ball down and play on a slick surface without seriously testing either ‘keeper, although Jordan Nicholson did see an effort fly over. The visitors got their noses in front on 24 minutes when Louis McGrory did well to play Dwyer through and he stayed cool before slotting past an exposed Dean Lyness. There appeared to be a foul on Tom Elliott by McGrory in the build-up but nothing was given. Boosted by the goal, Marcus Dinanga went close to doubling the advantage shortly afterwards as he cut inside and got in a low strike that skidded inches wide of the target. With just over half-an-hour on the clock, some good play out wide from Luke Trotman saw him deliver a teasing cross that was headed just over by Ashley Chambers. Despite looking bright early on, Boro lost their momentum as the opening period went on and went in at the break trailing by one goal to nil. The second half started with Boro on top and seeing plenty of the ball. A great effort from Callum Ball saw Singh in the visitors’ goal beat the ball away. Despite looking the most likely side, we fell two goals behind on 63 minutes when an inviting ball in from the left was turned in off Niall Heaton under pressure from Dwyer. Shortly afterwards, Marsden rattled the outside of the post for the visitors, whilst at the other end Trotman tried his luck with a low strike that was spilled by the ‘keeper as Sutton was alert to clear ahead of Chambers. After a cross-come-shot had caused problems for Lyness, who tipped over, the resulting corner saw the ball fall to Newby in front of goal but he failed to capitalise and seal the game for his side. A clumsy challenge just outside the area by Singh saw him receive a yellow card as Boro win a free-kick on the edge of the area which Brady Hickey put over. Chambers had a goal ruled out for offside late on as Boro succumbed to a 2-0 home reverse.