BORO succumbed to a 6-3 defeat at Blyth Spartans despite taking the lead. It was an evenly-matched start to the game with the first sight of goal for either side arriving in the seventh minute when Maguire dragged his effort wide. At the other end, Ashley Chambers looked to make something happen as the ball found Luke Trotman whose initial effort was blocked before he fired the rebound straight at the ‘keeper. Both sides unable to keep hold of the ball in the opening exchanges, but it was Boro who made the break-though in the 19th minute when Jordan Nicholson did well before feeding Chambers who took the ball around the ‘keeper before slotting home. Some sloppy play by the home defence presented the ball to Boro as Tom Elliott saw his strike blocked by the ‘keeper. There was a half-chance for Maguire who managed to get in a strike that was straight at Dean Lyness. Exodus Geohaghon was booked on his Boro return for a foul on Maguire. The home side got back onto level terms on 38 minutes when a long goal-kick was flicked on by Dale for Maguire who was able to guide the ball beyond Lyness to equalise. In the wake of the goal, Trotman had to clear off the line but as the ball wasn’t properly cleared the home side won a penalty, which Hopson was able to convert to turn the scoreline around in the matter of minutes. A high ball forward caused more problems for the Boro back-line as Maguire was able to fire home beyond the grasp of Lyness as half-time approached. Right on the stroke of half-time a free-kick from Hopson crept inches wide of the post as we went in at the break 3-1 behind. The second half started with Boro on the front-foot and we managed to reduce the arrears when a deep cross was volleyed home at the far post by Niall Heaton. An inviting cross into the danger zone from Wrightson flashed across the face of goal. Then Wrightson saw an effort from a good position blocked. It became 4-2 when Hopson’s speculative strike found its way into the net on 68 minutes and two minutes later it was five when a cross-come-shot from McTiernan found its way in off the post. As the clock ticked down, Laidler was dismissed for the home side for a foul on Geogaghon. There was another penalty when Cartwright linked up well with Maguire who was brought down by Geogaghon and Hopson stepped up to send Lyness the wrong way and make it 6-2 with seven minutes to go. Moments later a Boro corner was met by the head of Chambers to make it 6-3 and Billy Daniels then missed a good chance to further reduce the deficit before Daniel Nti went close right at the death. 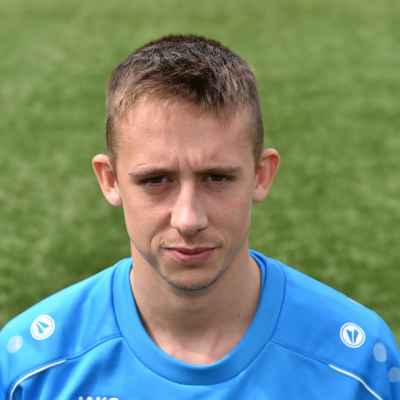