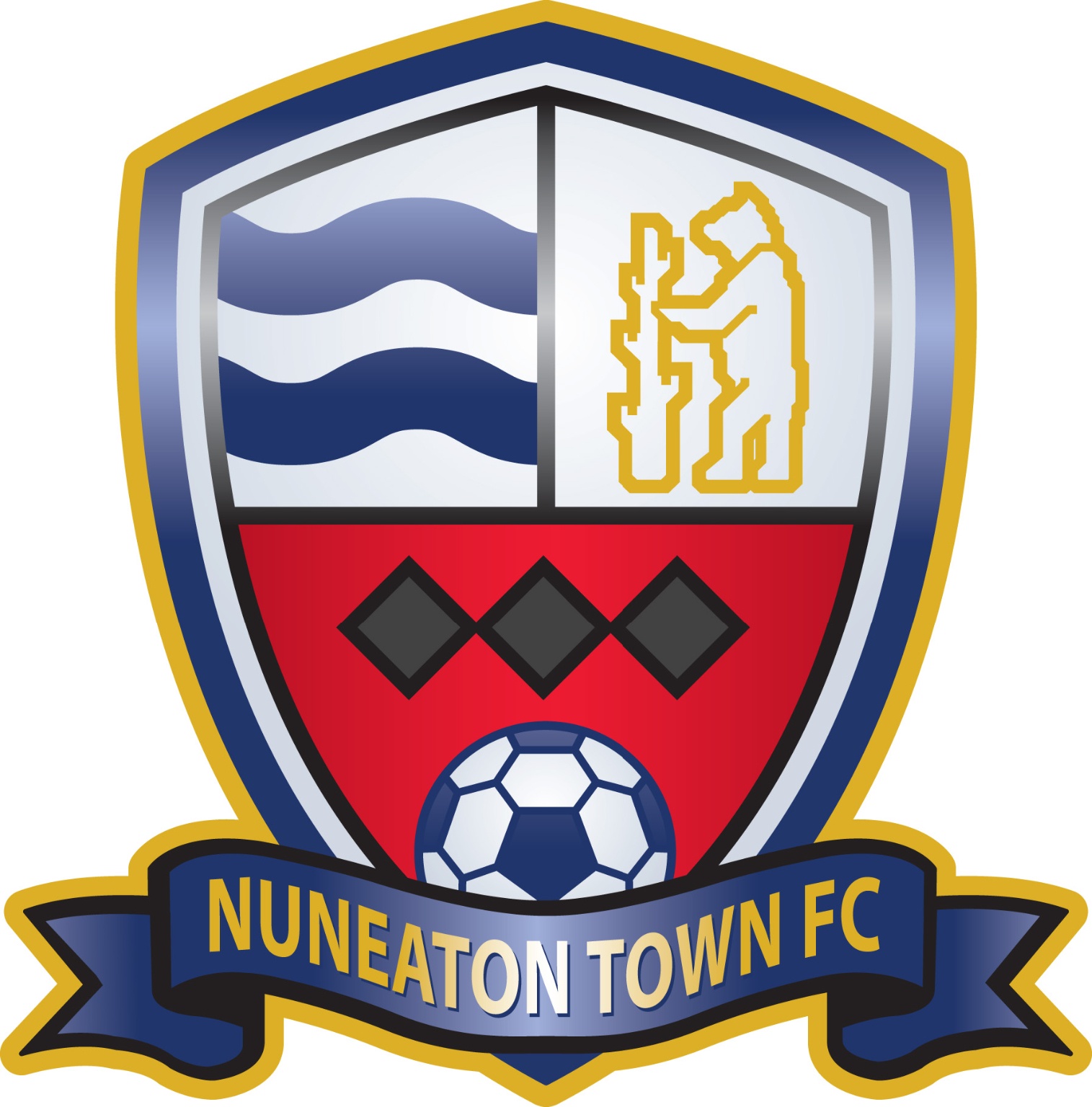 A comprehensive club history website is currently under construction at www.fromtowntotown.org.uk

A brief club history can be found below;

The forerunner of the present club has origins dating back to 1889 when the Bible Class students at Vicarage Street School formed Nuneaton St. Nicholas FC. Originally playing only friendly games, from 1892 Nuneaton St. Nicholas entered Charity Cup competitions. In September 1894 the ‘Nicks’ changed their name to Nuneaton Town Association F.C.

On May 13th, 1937 at an extraordinary general meeting of shareholders it was decided to wind up the football club despite Nuneaton Town being financially sound having sold their Manor Park ground to Nuneaton Corporation the previous December.

Formed two days after the EGM of Nuneaton Town by a group of local gentlemen.

The Story So Far: March 2008 saw a take over from the board that had run the club from 1991. The new directors soon found they had inherited excessive debts despite the sale of Manor Park to property developers. The new club reverted to its former name of Nuneaton Town and were demoted two divisions from Conference North to Southern League Division One. Following the demotion to the Southern League Midlands Division the club gained promotion following a 1-0 play-off final victory over Chasetown at Liberty Way.

The next season, 2009/10, Nuneaton found themselves in the Southern League Premier Division with several teams that were spending vast sums chasing promotion. After a slow start the team went on a fantastic run that saw them beaten only once at home and included a run of 14 straight victories, narrowing a 24 point gap between the leaders Farnborough to just 2 points at the end of the season. Again, the play-offs beckoned and a 6-0 thrashing of big spending Brackley Town in the semi-final saw home advantage given to Nuneaton who faced Chippenham. The final went into extra time and it was befitting that a local player, Eddie Nisevic, who had come through the ranks, got the winning goal returning Nuneaton to the Conference North.

Nuneaton’s return to the Conference North for the 2010/11 saw them start well and remain in the top six up until Christmas, where they gained top spot until the last week in March. Eventually after other clubs played their games in hand, Nuneaton finished just outside of the play-offs. Fortune smiled on The Boro when the club above them, Eastwood Town, were prevented from taking part in the play-offs due to a technical problem. Nuneaton faced AFC Telford Utd in the Play Off Semi-Finals but went down 2-1 on aggregate.

The 2011/12 season was to see Nuneaton gain promotion back to the Conference Premier for the first time in 10 years. After maintaining a high league position throughout the season Boro’ were dealt a blow as the season entered its final few weeks when an administration error led to a 6 point deduction. This seemed to spur the team on and a final day 3-2 victory at Blyth Spartans ensured their play-off place. A superb semi-final 2nd leg victory over Guiseley, with a goal from Andy Brown in the last minute of extra time, meant that Boro had to travel to Gainsborough Trinity for the Play–Off Final. Again Brown (ironically the player concerned in the admin mishap) was the goal hero in a game that saw Boro claim a 1-0 victory amid wild scenes of delight amongst the travelling supporters as the club won their place back in non-league’s top tier.

The 2012/13 season saw Boro pitting their wits against the countries non-league elite. Up against many full time clubs it took a while to get to grips with their new environment but Boro’s team spirit and work ethic never waivered. Despite spending much of the season in and around the relegation zone a terrific run towards the end of the season saw Boro eventually finish in 15th place.

The 2013/14 season surpassed all expectations with Boro leading the table early on and featuring in and around the play-off positions for most of the season. After manager Kevin Wilkin left for Wrexham, results tailed off in the last month or so of the season but they still finished in 13th position. A new manager, Brian Reid, was appointed and oversaw the last 3 games of the season.

Season 2014/15 marked the Club’s 125th Anniversary. However, Boro made a poor start and this resulted in Brian Reid being replaced as manager by Liam Daish. Despite the managerial change Boro were in the relegation zone for most of the season and finally finished bottom of the table. Liam Daish parted company with the Club at the end of the season and was replaced by Kevin Wilson shortly afterwards.

CLUB / PLAYER RECORDS (as Town or Borough)  A comprehensive club history website is currently under construction at www.fromtowntotown.org.uk